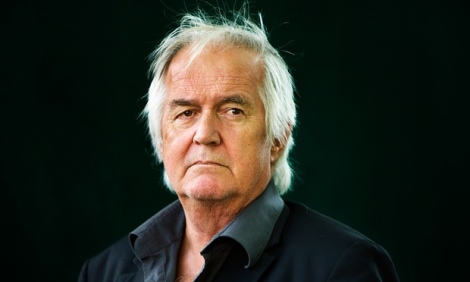 I am sharing this final piece of writing from Henning Mankell, one of my favourite writers and cause of my addiction to ScandiNoir. Not because I’m gloomy, but because his message is also one of hope. I live in hope and look after my body. To do this, to take control of your illness, is to give yourself a better chance.

I’ll soon be entering into my third year with cancer.

Yesterday I went to Sahlgrenska and had chemotherapy. A beautiful autumn’s day with a warm sun. At the moment I’m having treatment every week until December. To spare my kidneys, the chemotherapy is divided into smaller doses than usual.

At a previous visit, one of the nurses told me about another patient, let’s call her X, who had told her that she got a lot of comfort and support from what I’d written in [the Swedish newspaper] Göteborgs-Posten about my illness and cancer, this eerie disease that’s become both our companion.

I realised she had the same type of cancer as me, but she was more seriously affected. She was young, barely 30 years old.

By coincidence we were both in for treatment on the same day. I went to her room and had a chat.

A beautiful young woman, with a great passion for life in her eyes. At the same time, I could see an awareness of the seriousness of the situation.

It was like seeing myself almost three years ago, when I was told that my type of cancer was incurable, serious – but treatable, to hopefully make it chronic rather than terminal.

At that moment I realised that 20 years ago I would have been dead after a relatively short amount of time, but cancer research and the treatment possibilities are tales of human victory that tell us what we can achieve if we really want to. Every month, almost every day, new discoveries are made about better ways of diagnosing and treating cancer. The researchers of the world form a team. A winning team.

For a long time I didn’t write about the illness in Göteborgs-Posten, as if I didn’t have anything to say. But the truth is a different story. Even if cancer is not a death sentence anymore, it is still sneaky and unpredictable.
Around midsummer this year it was discovered, more or less by coincidence from a blood test at the doctor’s, that my entire immune system had collapsed. What was meant to end with a car journey home immediately turned into an ambulance rushing me to the hospital. The test had also been discovered that I had double pneumonia.
I remained at the hospital for 10 days. I have a haunting memory of falling to the floor on my way to the toilet, unable to get up. It was an abasement I will never forget.

It took me months to get over that crash. I’ve simply not had the energy to write until now. But once again the hospital sorted me out and I’m soon entering into the third year with this incurable companion.

Almost three years. How has my life changed? Despite being spared most of the side-effects, except for the ever-present fatigue that reduces my energy to about half of what it used to be, I usually don’t notice the tumour I’m carrying in my left lung. At the moment, it is neither growing nor shrinking. I’ve had times of feeling short of breath but not any more. Sometimes I have to remind myself that I’m afflicted with cancer, as it doesn’t make itself known. Fatigue can have many reasons. Maybe just ageing is reason enough?

Cancer in all its forms is a terrible disease. But it is possible to fight it. In my case, with the help of the staff at the Sahlgrenska hospital.

There are, of course, dark times. A deep darkness of worry, loneliness, fear. Nights when I wake up and cold winds sweep in. I know I share this with everybody who is affected by severe illness. I also know how dependant I am of the people around me – family, friends. To claim otherwise would be hypocrisy.

X sat on the edge of her bed and I thought I could tell from her eyes that she has enough strength to fight this through. She wasn’t alone, either. A family member sat in a chair next to her bed.

Eventually, of course, the day comes when we all have to go. Then we need to remember the words of the author Per Olov Enquist: “One day we shall die. But all the other days we shall be alive.”

Translated from the Swedish by Kristina Sälgvik