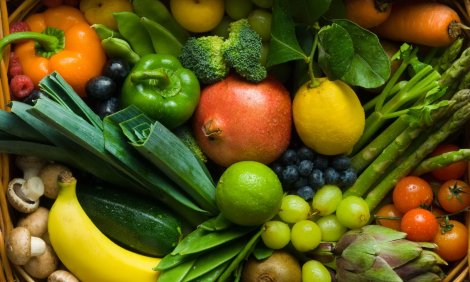 Well, I m not sure I buy this new research. I am 100% convinced that my soft tissue sarcoma was caused by the effect of our bereavement over Louise’s death on my immune system – something the research mentions: ‘stressful events can alter the levels of hormones in the body and affect the immune system’ … although it says there is no direct link to this and cancer. Hmmm. Well, apart from this, the rest of the article says what we all know – taking more exercise and healthy eating help to reduce your chances of getting cancer…so keep eating well and cooking from this website. In my case, I have always eaten healthily so I don’t attribute my cancer to poor diet or lack of exercise. One thing – having given up coffee four years ago I might just start having one or two  at the weekend! Meanwhile sticking to pu’er, oolong and Japanese matcha tea with rice!

Half of Britons mistakenly think that stress can cause cancer, even though there is no evidence to support that belief, new findings show.

In a survey of the public’s knowledge of what does and does not cause cancer, exactly 50% of the representative sample of 2,070 adults said that stress increases cancer risk.

And the proportion of people who think that is increasing, according to the findings of the YouGov survey for the World Cancer Research Fund (WCRF). Its equivalent survey last year found that 46% believed that.

There have been reports that stress can lead to cancer. However, the WCRF, an influential charity that investigates the causes of cancer, is adamant that there is no evidence to support this.

But the charity added that “people under stress can sometimes behave in unhealthy ways, such as smoking, overeating or drinking heavily, which do increase their risk of many cancers. If you’re under stress, it’s important to try to find other ways of coping, such as doing physical activity.”

Cancer Research UK (CRUK) is clear in its public information that while “stressful events can alter the levels of hormones in the body and affect the immune system … there is no evidence that these changes could lead to cancer.

“It has been suggested that stress can cause cancer, particularly breast cancer. But the evidence for this has been poor. While a few studies have found a link, they have often only looked at a small number of participants or asked women to recall if they were stressed before they developed the disease, which isn’t a reliable way of measuring stress,” it says.

Fiona Osgun, a CRUK spokeswoman, added: “Research shows there’s no direct link between stress and cancer, but being stressed can make us more likely to reach for a glass of wine or the biscuit barrel. On the upside, healthy ways of dealing with stress like going for a brisk walk can help cut cancer risk.”

The WCRF’s latest snapshot of levels of British people’s knowledge about possible carcinogens also reveals that 51% do not know that processed meat increases cancer risk. This is despite extensive publicity in recent years given to evidence linking ham, bacon and other similar products to raised cancer risk.

Evidence has found that eating meat that has been smoked, cured or preserved with salt or other chemicals, also including salami, chorizo, hot dogs, corned beef and pastrami can increase someone’s risk.

The same slight majority of the population – 51% – is also unaware that being physically active can reduce a person’s cancer risk. This is, again, despite growing evidence showing a link between the two.

One in eight people (13%) wrongly believe that coffee increases cancer risk, a slight increase on the 12% who did so in 2016, the research also found. WCRF pointed out that “drinking coffee could potentially reduce the risk of liver and womb cancer, although more research is needed”.

And while 87% know that smoking can cause cancer, 38% do not know that being overweight is a risk factor.

Many people also overstate the importance of genetics as a key factor in cancer risk. While 75% identified them as a cause, WCRF said that “only up to one in 10 cancers are linked to inherited genes”.

“What’s encouraging is the increase in the number of people aware of the links between drinking alcohol and not being physically active with cancer year on year,” said Caroline Moye, the head of WCRF’s UK branch.

CRUK’s Osgun added: “More than four in 10 cases of cancer in the UK are preventable. It’s encouraging that awareness of some of the factors that can increase the risk of cancer, like smoking, are high.

“But these new statistics highlight what other research has also found; we’ve still got a way to go in helping everybody stack the odds in their favour.

“There’s only so much people can do by themselves, which is why it’s important that the government acts to make the healthy choice the easy choice for everyone.”