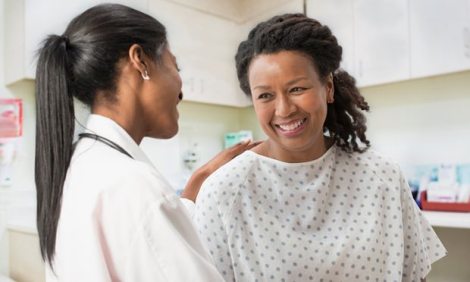 There is new evidence, on a good sample over a number of years, of the importance of optimism. If you remember the article I posted at the very beginning of this blog on the importance of optimism on illness control, it really does seem that not only thinking positive, but also taking postive actions to stay healthy, can make a huge difference, especially to cancer patients, and other sufferers from illnesses such as heart disease.

In his recent address to Congress, Donald Trump promised that “a new surge of optimism is placing impossible dreams firmly within our grasp”. These American dreams include shiny new roads and an end to illegal drugs. But optimism brings its own rewards – it is linked to a host of health benefits. A recent paper in the American Journal of Epidemiology of more than 70,000 women found that optimists were less likely than pessimists to die from cancer, heart disease, stroke, lung conditions or infections during the eight-year study period. The women were aged between 58 and 83, and the researchers took into account other factors such as economic status, diabetes, high blood pressure and depression.

Levels were measured by asking the women how optimistic they felt on a scale of zero to 24. Optimism is considered a personality trait – a belief that life is likely to turn out well as opposed to badly and optimists will expect good outcomes even when life is tough. This study joins a host of others including a meta analysis of more than 80 studies that associate optimism with better health. A study from the University of Illinois of more than 5,100 people found that those who were most optimistic were twice as likely to have a good “cardiovascular score” based on criteria such as cholesterol and glucose levels, physical activity, blood pressure and weight.

And it seems optimism doesn’t set people up for disappointment – studies show it provides resilience against distress. In people with head and neck cancer, the more optimistic reported a better quality of life regardless of the stage of the condition. Women who were optimists beforehand also coped better with the disappointment of failed IVF.

The research finds that optimists don’t just expect good things will happen – they actively take steps to make them happen. They lead healthier lives because they believe it will benefit them. It is hypothesised (without much evidence) that optimists feel less negativity and so produce fewer bursts of stress-related hormones such as cortisol and adrenaline that could increase blood pressure. But while a physiological pathway for the benefits of optimism may be hard to find, learning it is easier. Tips include keeping a diary of things for which you feel grateful and persisting at solving problems instead of feeling it’s all too difficult. Try reframing the explanations for what happens so that the answer isn’t always that it’s your fault. If that fails, just make friends with an optimist – that helps, too.